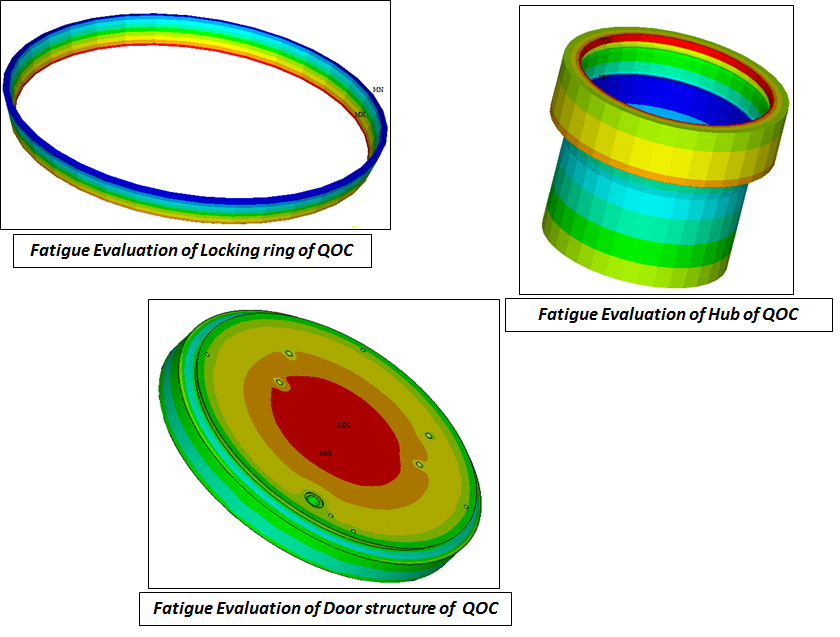 Quick Opening Closure(QOC) is a door in pressure vessel & boilers, which also serves as ahead. It is locked at its position by locking mechanism. QOC’s always comes under the influence of mechanical static & fatigue loadings.

FEA gives a better understanding of the actual behavior of assembly due to various static & fatigue loadings. Main door structure, hub, locking ring are critical components of QOC assembly, which can be analyzed by FEA. Due to the asymmetric nature of static loadings, a structure may result in higher localized stresses; while fatigue loading is dangerous than other loadings as the structure will experience sudden failure without any prior indication.

The QOC was analyzed using Finite Element Method to determine the induced stresses due to  various cyclic loadings. In order to assess fatigue strength for the QOC, guidelines from ASME Section VIII Div. 2 part 5 & Annexure 3.F were utilized. The fatigue calculations were performed & fatigue damage factor is found much below unit value. Hence, the structure’s design was predicted to behave safe during operation without premature failure.

The QOC was analyzed using Finite Element Method to determine the induced stresses due to  various loading conditions. In order to assess strength of complete QOC, guidelines from ASME Section VIII Div. 2 Ed. 2013 was utilized. Stress Linearization has been carried out at various locations. The results showed that the induced stresses were well within the acceptable limits as per guidelines even for optimized thickness. Hence, the structure’s design was predicted to behave safely during operation without premature failure. 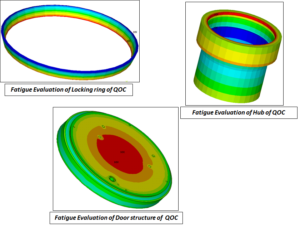 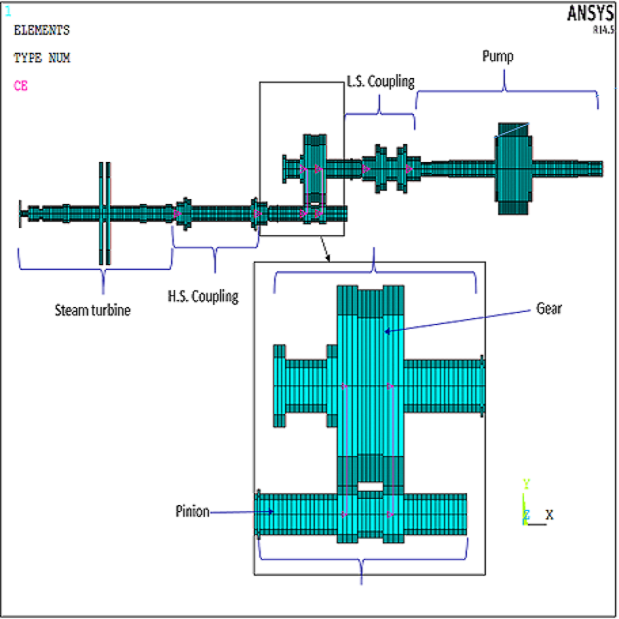 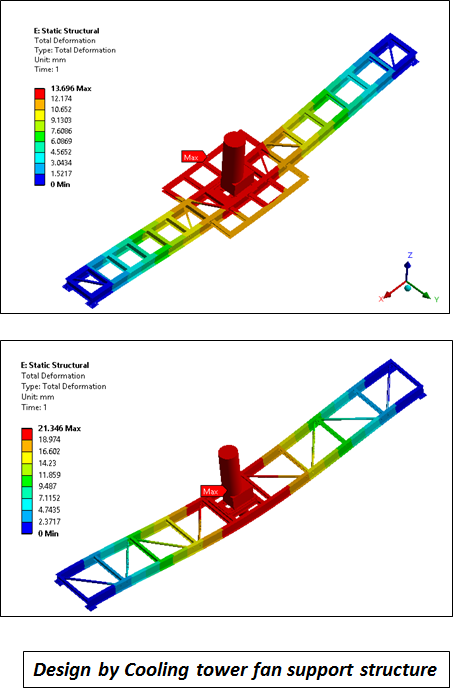 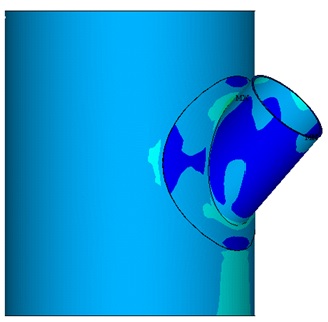